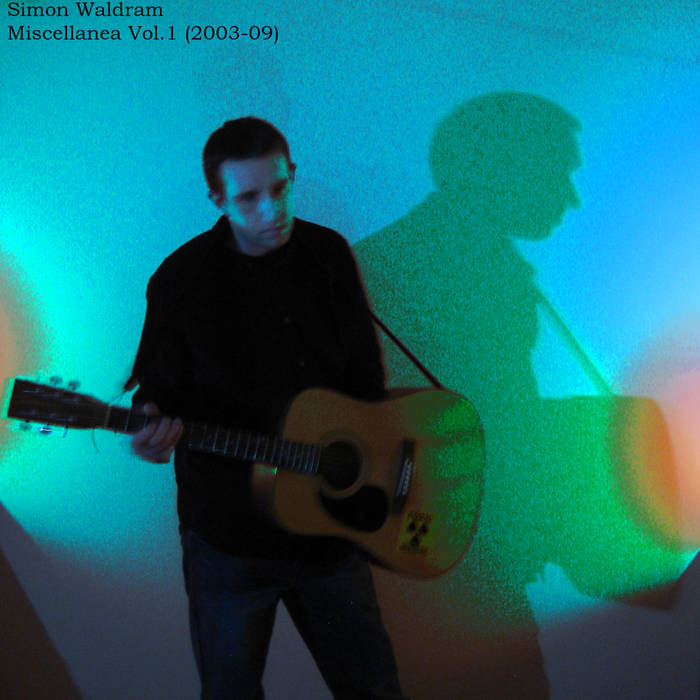 A whistle-stop tour of some of my earliest recordings*, including songs from my 2004 demo CD, Half-Empty Sunshine Bottle (tracks 6, 7 and 13), something from my first time ever in a studio (track 4) and outtakes from my 2009 debut album Conchology (tracks 2, 10, 12 and 14), as well as a few other random bits and pieces.

*there was stuff before 2003 though. I'd been recording on cassette since the mid-to-late 90s, but those tapes were lost long ago. That's probably for the best really, as it was really formative stuff anyway. Some of the music included here isn't my best either, but I had to get from there to here. It's all part of the journey.

All songs written by Simon Waldram, except "It Wasn't Meant" (lyrics by Jessica Kugelberg)


All songs recorded at home by Simon at home, except:
Brushfield Spots - recorded and mixed at Sugarplum Studios (Enmore, NSW) by Col Ganderton
On the Moon - additional recording and mixing by M.J. Brown


For Martin. Thank you for getting me started. I never would have gotten anywhere without you. I'll never forget you.